Steepest paved street in the world 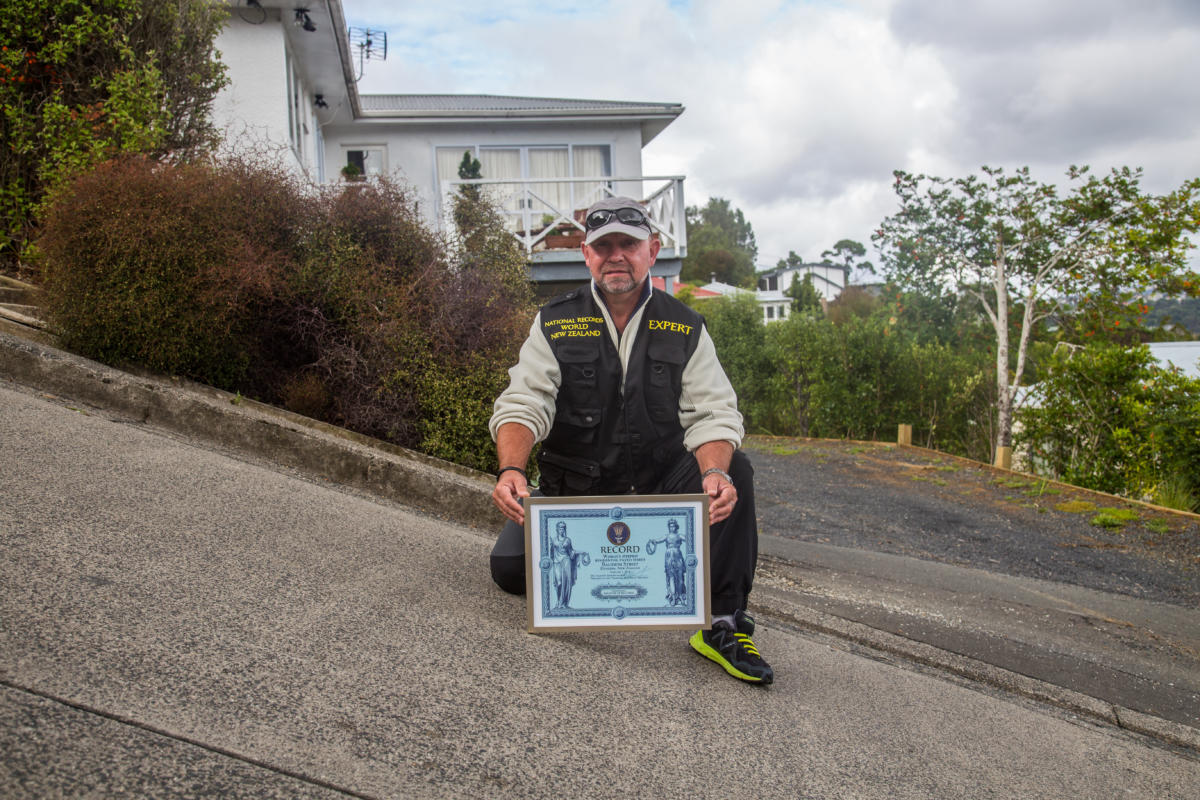 The steepest street in the world is located in New Zealand, in the South Island, in the city of Dunedin. It is called Baldwin Street in honour of William Baldwin, a member of the Otago Council and founder of the local Otago Guardian newspaper, and has a length of 359 meters. At its steepest part it rises up to 47.22 metres, which corresponds to an average elevation of 1 metre for each horizontal 2.86 metres, or to a slope of 19 degrees. The steepest part of the street had to be paved with concrete, as ordinary asphalt would melt and drain down during hot months of the year.